Ramp-Rod from F&F 6: A much closer look. 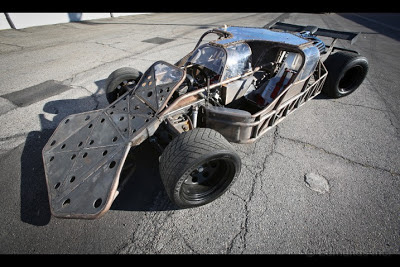 In the Fast and the Furious franchise, there will always be the inevitable "cops and robbers-esque" car chase scene. However in their latest installment, it looks like all bets are off (duh) and the level of epic explosions and genius driving maneuvers has been upped once again. The car that intrigues me most would have to be the entirely custom "Ramp car" seen above. It comes equipped with an automatic 3-speed and what looks like the 6.2L V8 found in modern-day Camaros. One can only assume that the 426 available horses and the incredibly low center of gravity would make this thing one of the more exciting vehicles to drive around, let alone using it to escape countless squad cars and or international criminals. It looks exactly like something that deserves to be in a post-apocalyptic world akin to the Mad Max trilogy. 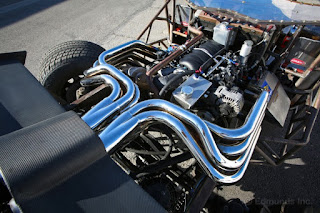 Obviously this is a machine with more than one goal in mind. First and foremost, it's supposed to be fast. The entire vehicle is reminiscent of F1 cars from a bygone era, but built in a garage belonging to a mad-genius/redneck mechanic. The massive American V8 sits directly behind the driver, making what looks to be perfect 50/50 weight distribution. The only parts on the car that don't look to be over 20 years old are the engine, the carbon fiber rear wing, and the massive Hoosier tires all around.

At first glance, you would think that that's all the car is good for anyway; what other purpose could something like this possibly have in the real world? Well, not much, except for the fact that it can plow through incoming vehicles like nothing more than fluffed snow on a cold winters day. Also upon close inspection, you will notice that the rear wheels seem to be slightly skewed, and for good reason. Nothing is broken, it just happens to have four-wheel steering, also a technology from the F1 world that never came to true fruition. 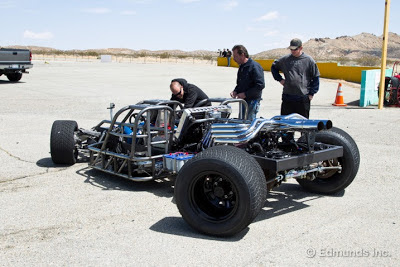 All in all, I would have to say that this is surely one of my all-time favorite fictional cars parked neatly away in the dream garage in my head. What's not to love? 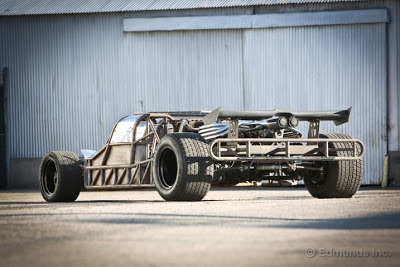 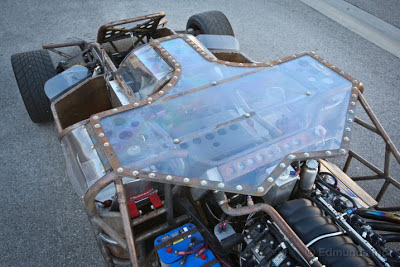 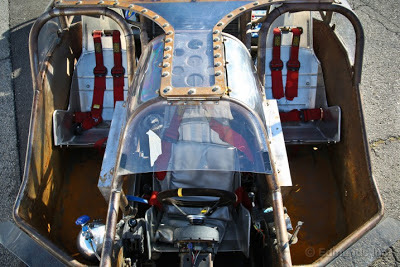 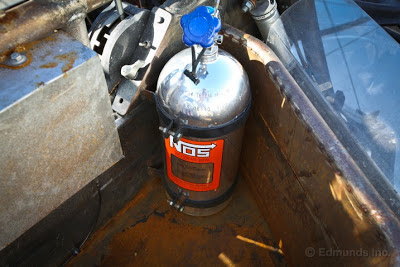